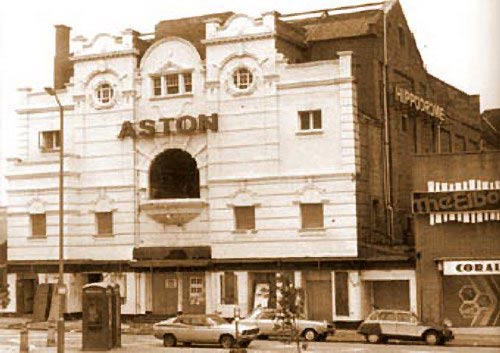 With a "Grand Performance" on Monday December 7th 1908 the aston Hippodrome opened its doors to the paying public for the first time. It had cost some £10,000 pounds to build, the architects were James Lister & company.

The manager T.H.Middleton, and Director of entertainment Fred Wilmot guided the Hippodrome through it's early years. In 1912 Tommy Wallis took the reins, and managed up until 1938. It was in this year that the Hippodrome was to have a serious fire, as a result some £38,000 was spent on refurbishing the theatre.

Tommy Fitzgibbon took over as manager up until 1942, and was replaced by a manageress Mrs M Hudson. By 1951 two more managers were to oversee the running of the aston Hippodrome, Maurice Zand in 1946 and then Mr F J Butterworth in 1951. It was during 1951 that Judy Garland made an appearance at the aston Hippodrome. a troupe of Irish entertainers were appearing at the Hippodrome during September of that year. To the delight of the audience Judy joined the troupe and sang a song. 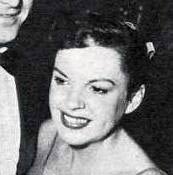 The already strong Irish contingent residing on the east side of the city is temporarily increased this week by the appearance at aston Hippodrome of a number of talented Irish entertainers with their songs and lovely dances from the Emerald Isle. Terry Hall, singing the nostalgic melodies of his native country, heads the company that was joined this afternoon by none other than america's own colleen - Judy Garland, who joined the troupe on stage and led them with her marvelous rendition of "It's a Great Day for the Irish." Seemingly shy and not prepared the good-natured singer delivered the most amazing version of "Danny Boy" without any musical accompaniment that I have ever heard. The audience begged her for more but the gracious showstopper or stealer as the case may be declined, kissed Hall and returned the show to it's now all too provincial stars.

also on the bill, Stan White and ann in a spot of comedy, Terry Hall and Eileen O'Hara, each making worthy contributions in song, but second rate after their special guest. The show ends on a hilarious note with a typical Irish party joined of course by Miss Garland who invited everyone to her show at the Birmingham Hippodrome.

Sadly, it closed as a theatre on 4th June 1960. The last performance a revue, a to Z of Striptease.

It later became a bingo hall and was demolished September 1980. 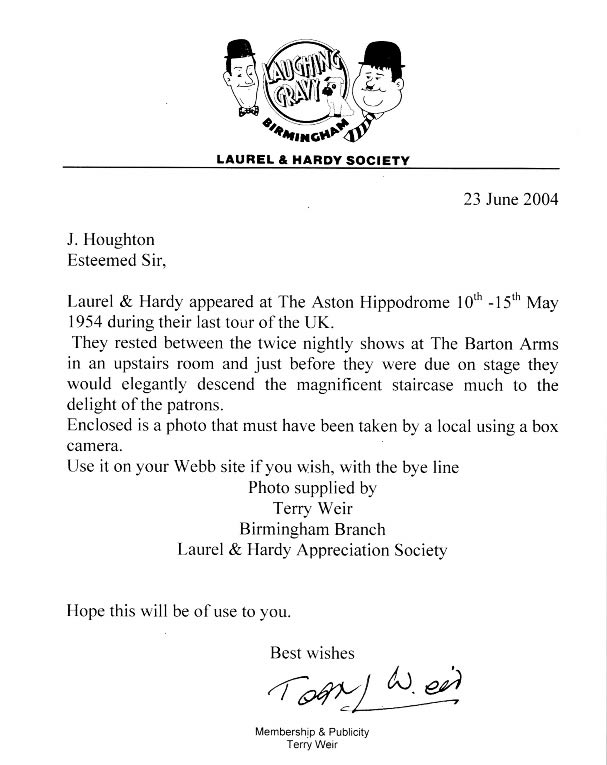 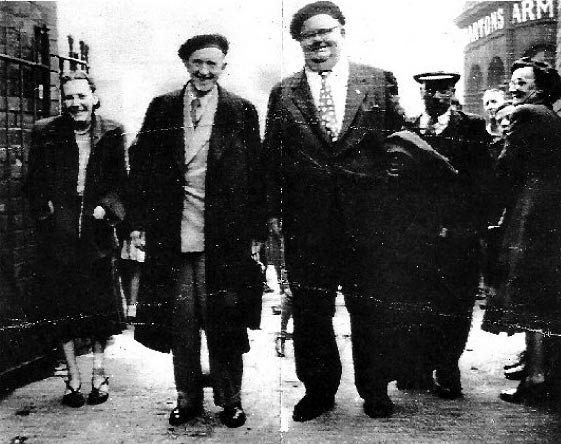 Listen to Some Laurel and Hardy Sound Bites

I was looking at the pantomime programme for this years pantomimes in Britain and my mind goes back to the times that my family took me to the aston Hippodrome.

We always sat in the second circle and Mom always had a half pound box of Milk Tray chocolates for us to munch on. I can remember seeing cinderella but I must have been a few times in the late l940's and early l950's and can't say for sure what show I saw since we went to the alex and the Birmingham Hippodrome sometimes ...... it's a blurr after all this time as to what I saw and when. I remember the fire curtain being down when we arrived and it had adverts on it. It always seemed forever before it went up to start the show.

I always liked to watch the orchestra and particularly the percussion section when they accompanied the show with all sorts of different "instruments", it was totally fascinating. I always looked forward to going and wanted to be called up on stage to "help" in a special act... mostly it was just kids on the orchestra level that were called up. I was a bit envious of them because they usually received a gift of some kind. Nevertheless, they were happy times. 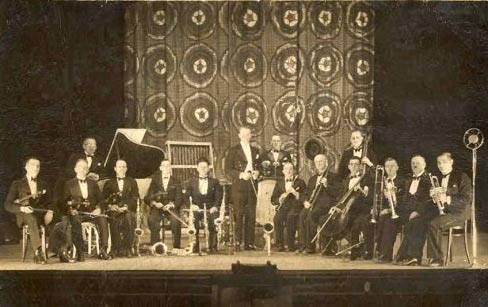 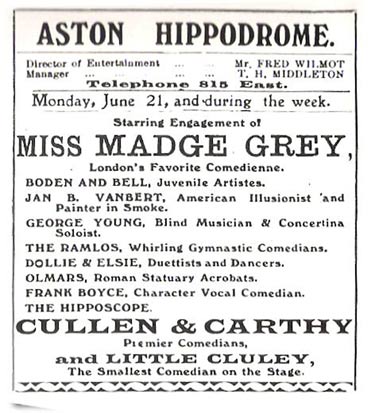 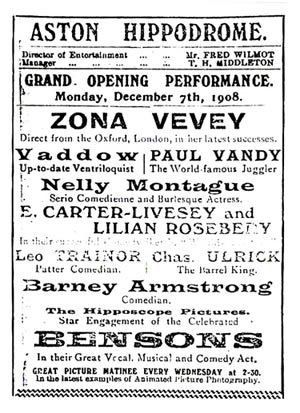 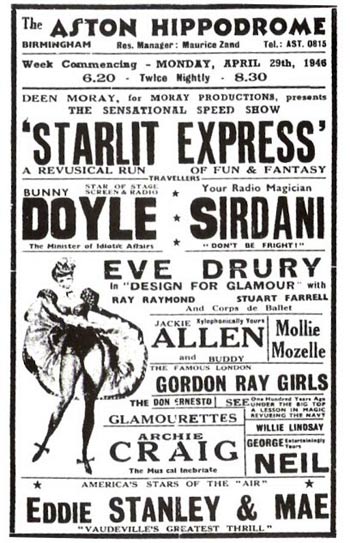 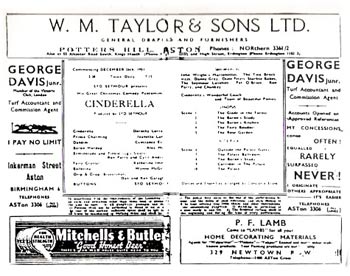